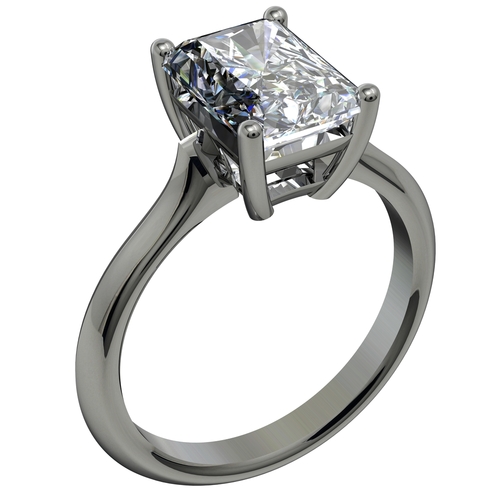 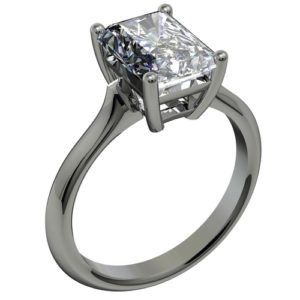 The tradition of gifting diamond engagement ring to one’s significant other is an age-old one. The traditional rings that most people may know about will be the ones with round and oval cut loose diamonds. However, this is just a recent design. There are way older and unique diamond ring designs that were a huge hit during the ancient and vintage eras. If you are a diamond ring and history enthusiast and would love to know more about the same, below is a detailed guide to the history and evolution of diamond engagement rings.

The History and Evolution of Diamond Engagement Rings

It is believed that the concept of diamond engagement rings was introduced by ancient Egyptians. According to their beliefs, a circle symbolized eternal love. Their ancient circular diamond rings was made using materials such as reeds, wood, etc. Furthermore, it was Egyptians who started the trend of wearing diamond engagement rings on the ring finger of the left hand.

Note that Egyptians used to believe that this finger boasts the ‘vein of love’, which runs directly to the heart. So, according to this custom, the groom can hold the closest position to the heart of the bride. Without any doubts, the circulatory system of humans does not work this way. Still, people are following the same tradition to date. After all, who can opt out of such a sweet and romantic concept?

By the end of the second century, Romans introduced the concept of betrothal rings. Unlike the former circle rings, betrothal rings were used to signify the ownership, commitment, and mutual obedience apart from love. When it comes to the materials used in betrothal rings, it usually includes metals such as copper, silver, bronze, and gold. In fact, these rings are regarded as the precursors of the modern metal rings.

Later in the third century, Romans introduced a type of ring known as the Fede rings. The specialty of these rings is its captivating design and symbolism. On a related note, these rings tend to flaunt bezel design along with clasped hands. The hands represent unwavering trust and the vows of loyalty and faith. Unsurprisingly, different cultures in history adopted the clasped hand design for their engagement rings.

The Fede engagement ring design remained popular during the medieval and Renaissance period in Europe. It is to be noted that this period range from the 5th to the 15th century. However, there were some other variations for these rings as well. Many engagement ring designs featured classic ornate rings that featured details such as enamel, a heart, gemstones, inscriptions, etc. Unlike modern traditions, people used to consider the same ring for their engagement and wedding.

By the 16th century, the tradition of using gimmel rings for both the engagement and wedding became popular. Note that gimmel is a Latin word that means ‘twins’ in English. This type of rings tends to resemble a puzzle. As the name indicates, the ring involves two parts. The couples tend to wear one part of the ring on their engagement and the other part on the wedding.

The couple will jointly solve the puzzle after marriage. It is worth noting that this will be one of the first tasks two individuals do as a couple. Hence, it holds great importance. In fact, people used to believe that the life of the couple will be as smooth and hassle-free as they solve the puzzle. Many gimmel rings tend to feature Fede designs as well. Apart from engagement rings, people tend to gift gimmel diamond rings to others as a token of friendship, love, gratitude, etc.

The popular Claddagh diamond ring was originated in an Irish fishing city known as Claddagh in the 17th century. These rings are known for their stunning design and its representation. Note that the design includes two clasped hands, a heart, and a crown that represents friendship, love, and loyalty respectively. These rings that were mainly used for engagements and weddings during the 17th century are currently in vogue. However, you can expect some gleaming loose cut diamonds in the modern Claddagh ring designs. Unlike other rings, there is a way of wearing Claddagh rings to show a person’s relationship status.

By the end of the 17th century, inscribing various quotes and the things related to respective couple’s relationship became extremely popular. Besides, even though diamond engagement rings were introduced during the 15th century, it was only a practical option for wealthy people at that time. However, loose cut diamonds became readily available in the market by the 18th century and became the perfect option for engagement and wedding rings.

Recently, management rings or diamond rings for grooms became widely popular as well. Nevertheless, at the end of the day, the diamond engagement ring design of modern couples is mainly inspired by their style and personality.