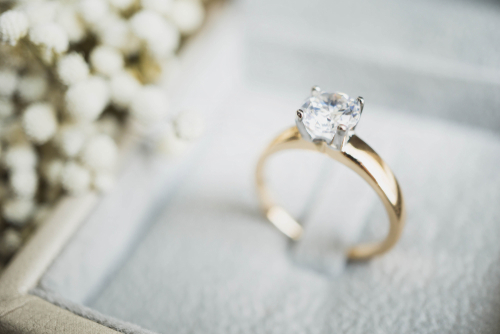 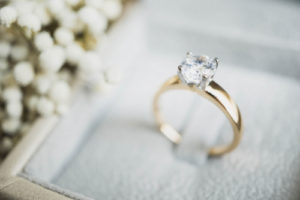 Diamonds may be eternal, but the majority of them are also imperfect. A truly flawless diamond is exceptionally rare. While getting formed deep inside the earth, each stone develops at least one natural birthmark of sorts, which is an irregularity in its features. Many stones do not reveal these except under at least 10x magnification, owing to the quantity, tone, placement, size, or color of said irregularities.

These irregularities are called “inclusions” or “clarity characteristics”, and serve as a way for graders to tell a real diamond from a synthetic one. This is important since most people prefer buying natural stones over manmade ones and the former cost more as a result. Following are the main diamond inclusions you should be aware of.

These are hair-like lines, which usually occur at the time of cutting. These can form and extend right from the girdle, and all the way to the surface. If there is heavy bearding at the girdle, the stone will look fuzzy and gray, a lot as if it was scratched.

This is a big or deep opening found in the surface of a diamond. Most cavities get created while a stone is being polished, and an internal inclusion gets breached or dislodged. This leaves an opening that can be seen on the surface of the stone, and which is prone to getting filled with oil or dirt, making the stone look dark in some places.

The cutter does not polish the cavity and nip the problem in its bud because removing a cavity entails substantial weight loss, which always brings down the price of a stone. Most cutters focus on retaining weight, even if there is chance that the clarity might suffer because of it.

This is a shallow opening found on the diamond’s surface, often near the girdle, facet, or culet. It is typically manmade – for a chip to form, somebody had to have worn the stone and subjected it to sufficient wear and tear.

The term “cloud” broadly covers a bunch of pinpoints that are placed very closely. Based on its nature, a cloud inclusion can be detrimental to the appearance of the stone. Like when a cloud gets too big or dense, it can make the stone look hazy by messing with its ability to transmit light.

A diffused cloud is normally not a problem to worry over. Every GIA certified diamond over one carat has a plot diagram in the report which shows the clarity characteristics of the stone.

A crystal is actually a mineral deposit, which got stuck inside the diamond while it formed. Based on the specific mineral, the crystal can be colorless, black, reddish, greenish, etc. Colored crystals are easier to spot without magnification, and that makes them undesirable.

This is a tiny facture or crack inside the diamond, which looks like a real bird’s feather. Based on the angle you view it from, it can be transparent or feather-like. The more stern the feather is, the worse the durability issues it causes. If one reaches the surface or even near the girdle, or has a bit of coloration, it is best to discard the particular stone as a purchase option. 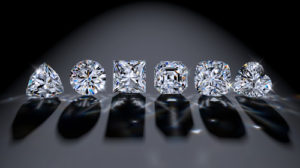 The result of irregular crystal growth, graining on the inside of a diamond generally looks hazy or milky, the same way that streaks or faint lines do. Based on severity, they are also capable of looking like reflections or creases.

This is a part of the surface of a diamond, which dips under the polished surface, like the inner side of a spoon. A diamond that carries an indented natural had that specific part untouched while it was polished. An indented natural is most likely to be found around the girdle.

This is a transparent crystal, which reaches all the way to the surface of a polished stone. Knot inclusions sometimes look like raised areas when one views one or more facets.

This is a needle-shaped inclusion that is white in color and mostly transparent. It is only visible when the stone is viewed under 10x magnification. When in clusters, it may be visually detrimental to the stone.

Pinpoints are tiny black or white crystals, which get embedded inside the stone, and end up looking like small dots. These too are visible only under at least 10x magnification.

This comprises a line of clouds, pinpoints, or crystals that formed during the diamond’s growth. The growth of the stone may have stopped because of unfavorable conditions, and then started up in a different direction after a long period, maybe even millennia.

Twinning wisps are a hodgepodge of mismatched inclusions that look chaotic at best, and ugly at worst. Needless to say, these are bad for the way a stone looks.