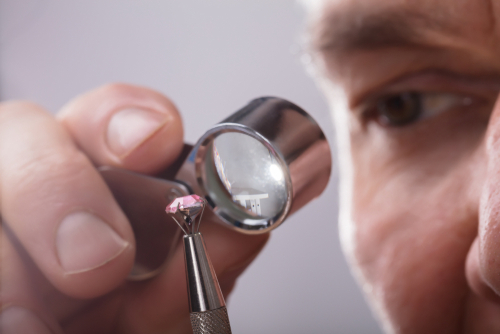 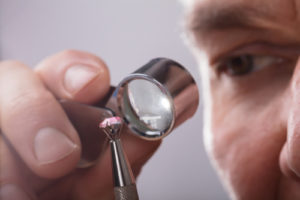 By and large, diamonds are expensive stones. At the high end, they come with tags carrying prices of several million dollars. There are very many different types of stones, which people pay such sums for including colored diamonds. Following is a list of the most costly colored diamonds from around the globe.

Few stones exist which can compete with this one when it comes to size. In the rough, it used to be the biggest black diamond the world ever saw, and even after cutting, it is the biggest cut black diamond in existence. It weighs 312.24, although that is a far cry from what the unrefined form could boast – 587 carats. Right now, the Spirit of de Grisogono is mounted on a white gold ring and surrounded by 702 white diamonds that come up to 36.69 carats in weight.

Named this way because it carries a brilliant blue-green color, this 5.5-carat stone comes from central Africa. Its coloration is recognized as the supreme aspect of this diamond, with few costlier or equally priced stones being able to match it. GIA studied it at length before deciding that the coloration was naturally formed, which means this stone is not synthetic to any degree.

This stone is likely the most visited piece of art in the world, barring the “Mona Lisa” of course. Valued at a staggering $250 million, this blue gem is protected by strict security measures at the National Museum of Natural History owned by the Smithsonian. Initially discovered at an Indian mine back in 1812, it was cut to 45.52 carats. It has passed several distinguished hands, such as Lord Francis Hope, Harry Winston, and Pierre Cartier. Named after the first among these people, it also carries with it rumors of a curse, owing to that fact that several of its owners committed suicide.

Among the most well known pink stones in the diamond industry, the Graff Pink Diamond is an emerald cut stone that weighs about 24.78 carats and reaches $46 million in cost. That places it at fourth spot among expensive colored diamonds. It was owned by Harry Winston until it was auctioned off in 2010. Lawrence Graff was the one to buy it. 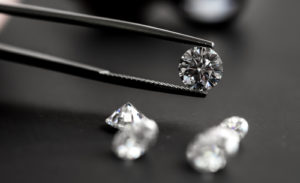 This one is considered by many experts to be the finest pink diamond ever discovered. Revealed to the public for the first time in May, it weighs 59.6 carats, and is on display at the Smithsonian. It is technically a Fancy Vivid Pink color, and can fetch up to $25 million.

A centuries-old discovery, this diamonds is among the oldest on this list. Mined out of the Earth in 17th Century from India, it weighed 35 carats in the rough. Its Fancy Deep Blue color easily marked it as a better stone than its peers, and it was eventually cut into a much smaller diamond. The extensive refashioning took care of the shipped edges which marred the original stone’s beauty, leaving a much better looking one in its stead.

A Fancy Vivid Blue stone, the Heart of Eternity is a product of the mines of South Africa, weighing in at a sizeable 27.64 carats. In 2000, it was dubbed the Millennium Star, and moved into a collection owned privately. The current value of this stone is estimated at $16 million.

Among the most recent colored diamonds to make this list, this 110.3-carat diamond comes from South Africa, which fetched a whopping $10.9 million in 2011. With no previous owners at the time, the new ones got to name it however they liked. The shorter chain of ownership also makes this stone worth more on the market.

A Flawless blue stone fetched $9.5 million at a Geneva auction in 2009. This stone was grabbed by a man who apparently bid for it at least a quarter of an hour. The sale price set no fewer than two records: one for the highest auction price paid for a blue diamond, and the other for the highest per carat price ever dished out for a gem at auction.

Capable of drawing every eye in the room and holding it, this stunning 25-carat pale green gemstone is set in a white gold ring and circled by black diamonds coming up to 7 carats. The coloring is simply superb, and Germany’s Dresden Castle sure is a great place to put it on display. The stone is modern cushion cut, and is widely considered a worthy rival to the 41-carat Dresden Green, which you have probably already heard of, but which is not on this list.